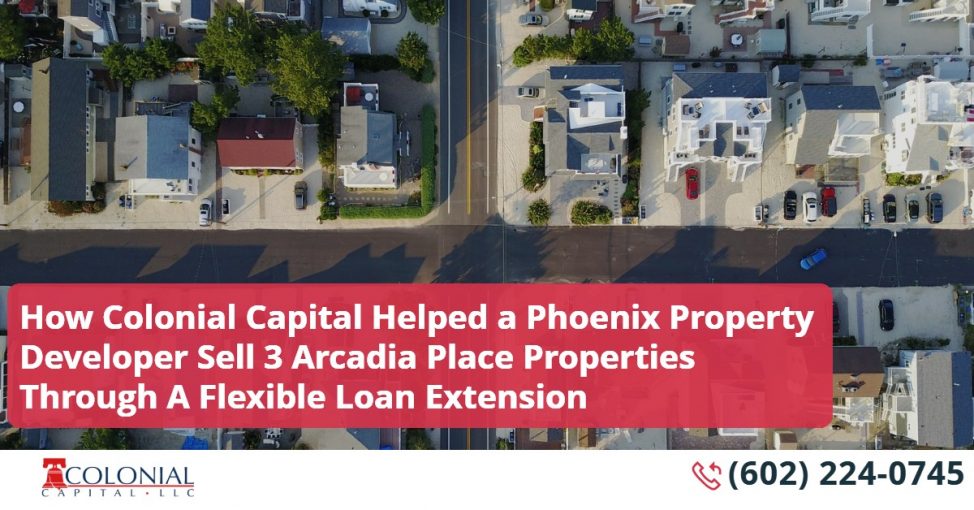 “I spent the past 8 years acquiring and converting Arcadia Place Condos units into apartments, before refinancing them. This was a gradual process, and Colonial Capital’s quick financing helped me keep the project moving forward so I could ultimately take ownership of all the condominium units.

There was just one hitch: Towards the very end, right before my Colonial Capital loan matured, I had a delay on refinancing three of the Arcadia units due to the less-agile conventional lending process. Colonial understood the situation and offered loan extensions for all three units. Thanks to Colonial’s flexibility, the Arcadia project has continued to be a success. I’ve relied on Colonial to finance over 10 projects since.” — Dario Lorenzo, Phoenix property developer

At Colonial Capital, we believe in nurturing longterm, trust-based client relationships. As a Phoenix private capital lender, this often means working closely with clients to solve financing problems as they arise.

In this blog post, we’ll talk about how Colonial offered a loan extension to property developer Dario Lorenzo. This gave Dario the time he needed to deal with refinancing Colonial’s first DOT position with a conventional lender. Colonial’s asset based lending helped him get through the process, and lease three properties worth nearly $500,000.

Dario Lorenzo is a Phoenix property developer and a longtime Colonial Capital client. Dario’s project at Arcadia Place Condos has been going on since 2012.

Arcadia Place is a quarter-mile southeast of the intersection of N. 36th St and E. Indian School Rd. It’s a complex of 55 individual condos, with concrete block construction and asphalt shingle roofs.

As of Q1 2021, Dario has purchased, converted, and leased over 80 percent of these condos, each worth roughly $150,000. It’s difficult for a developer to get loans for so many individual units from a traditional bank. However, Colonial saw the potential in Dario’s vision and decided to step in.

Dario initially leveraged Colonial Capital financing to purchase these units and convert them all into apartments, and lease them out. Over the past 9 years, this is a collaborative process Dario and Colonial applied, not just to Arcadia Place, but to a range of other projects.

Recently, however, he faced a challenge with a few of the remaining units. Colonial stepped in help, empowering Dario to succeed.

By August 2020, Dario had leased out 42 of Arcadia’s 55 units. However, he had a problem: his loan maturity date with Colonial was coming up fast…and three Arcadia properties remained unsold: 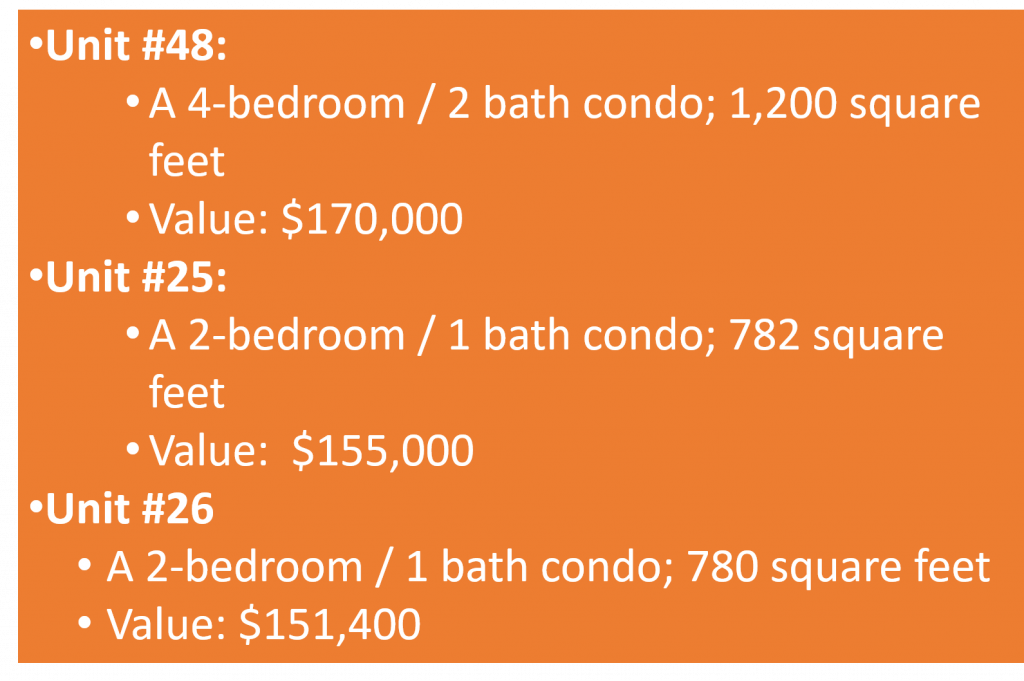 Dario needed to pay out $333,600 at maturity on these three properties, worth $476,400 in total and with a 70 percent LTC (loan-to-cost). However, because of additional renovations and lease-up, he would need an extra 12 months to actually lease these final three properties. 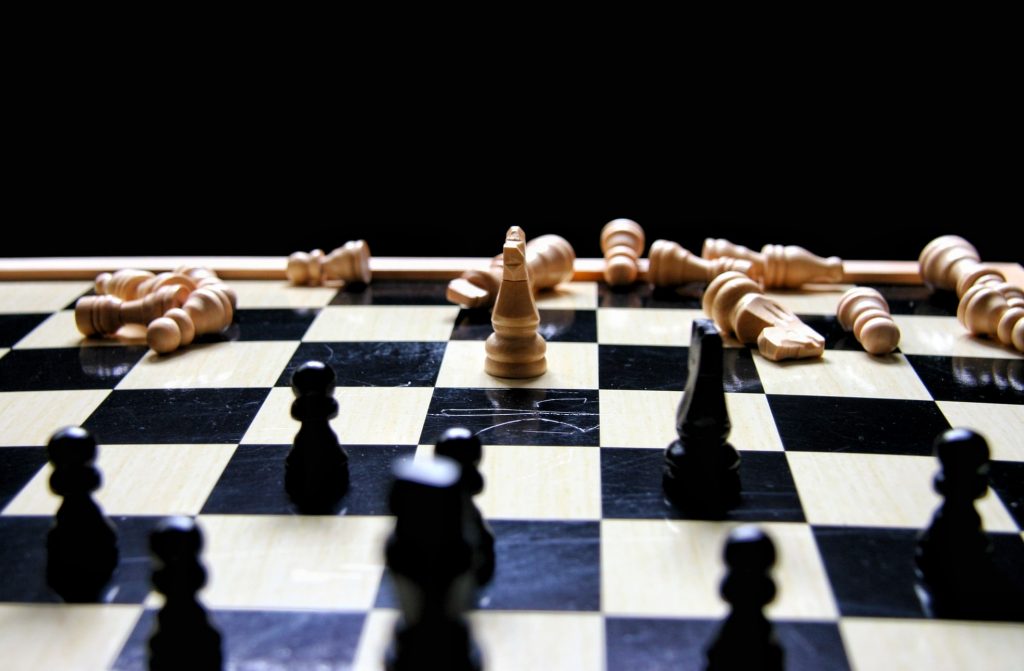 Not securing funding would’ve led to foreclosure or worse.

What Was at Stake: Foreclosure and Thousands of Dollars Lost

If Dario wasn’t able to repay the loan on those three properties, he’d face the possibility of foreclosure: he’d lose the units, and the money he’d invested towards renovating them. This wasn’t just a potential loss of thousands of dollars…it was years of effort, too.

How did Colonial Capital help?

As Dario’s private capital lender, Colonial had a decision to make. These were three loans worth over $300,000. Initiating foreclosure proceedings was an option. However, there was no guarantee of recovering the full loan amount, and there would still be delays in getting the cash back.

Colonial had a long term, trust-based relationship with Dario. When it came to Arcadia, we knew this delay was a temporary issue and that these three units would almost certainly be occupied if Dario had a few more months to focus on renovations and lease-ups.

We decided to offer him a 12-month loan extension, no strings attached. We were fully confident in his ability to sell those three units and repay the principal. In just 5 months, Dario delivered: Units 25, 26, and 48 were occupied and he repaid Colonial in full.

Being flexible on the Arcadia project helped Colonial strengthen an already strong partnership. Since then, we’ve gone on to finance 10+ projects with Dario: working together has been a success, both for Colonial and for Dario.

As a local private lender, our aim at Colonial is to empower clients like Dario. We help you take on and succeed in projects that banks and institutional lenders might not be flexible enough to support. From flip-and-sells to financing home renovations to (third service CC helps with), we’ll ensure you have capital on hand when you need it.

For long-term partners like Dario, we will go the extra mile, whether that’s a loan extension or (a second flexible thing CC can accommodate), to help you succeed.

If you’re looking to work with a reliable private capital lender in Phoenix to empower your projects, reach out to Colonial Capital here. Let’s get you set up for an exploratory call.